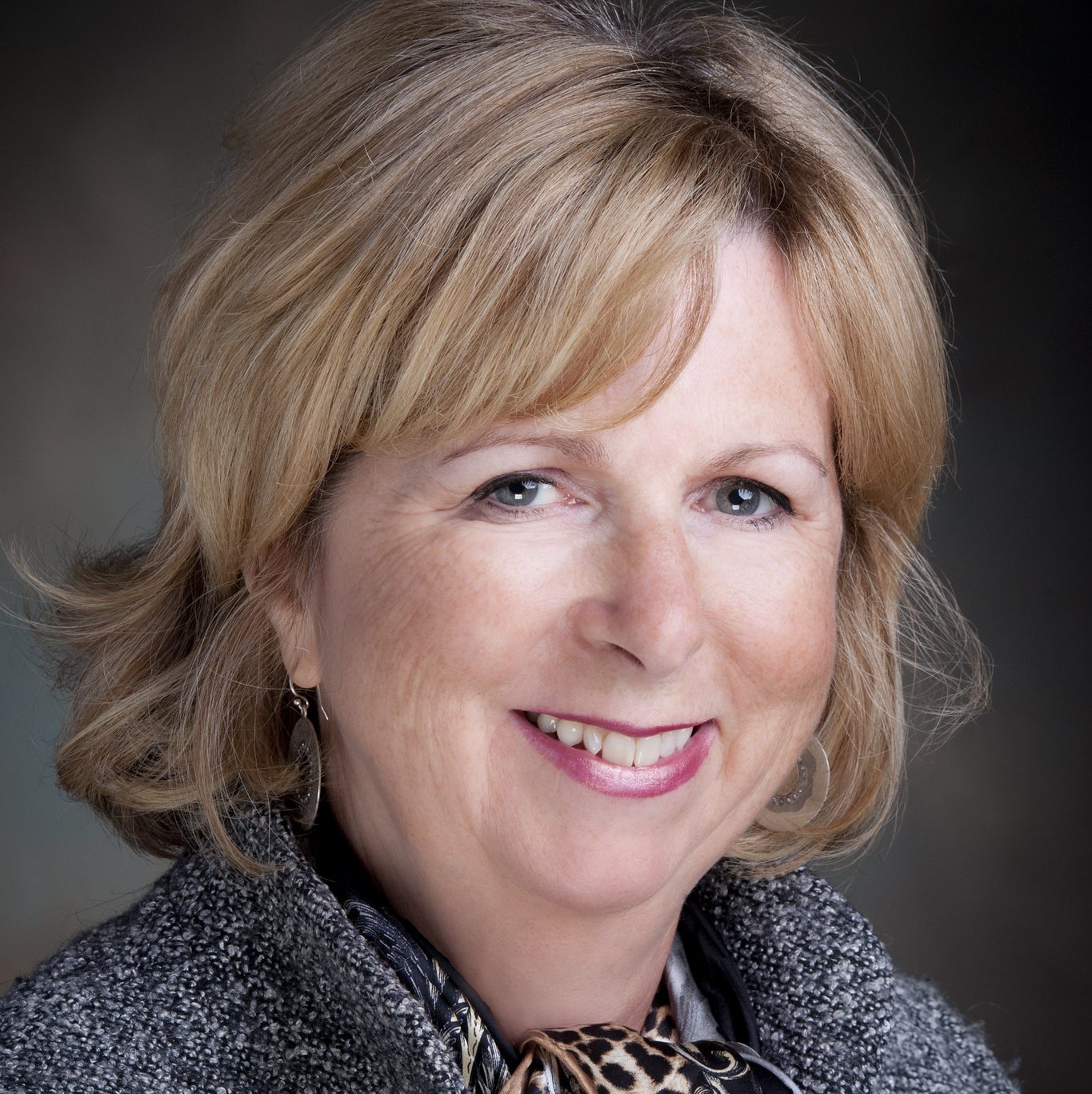 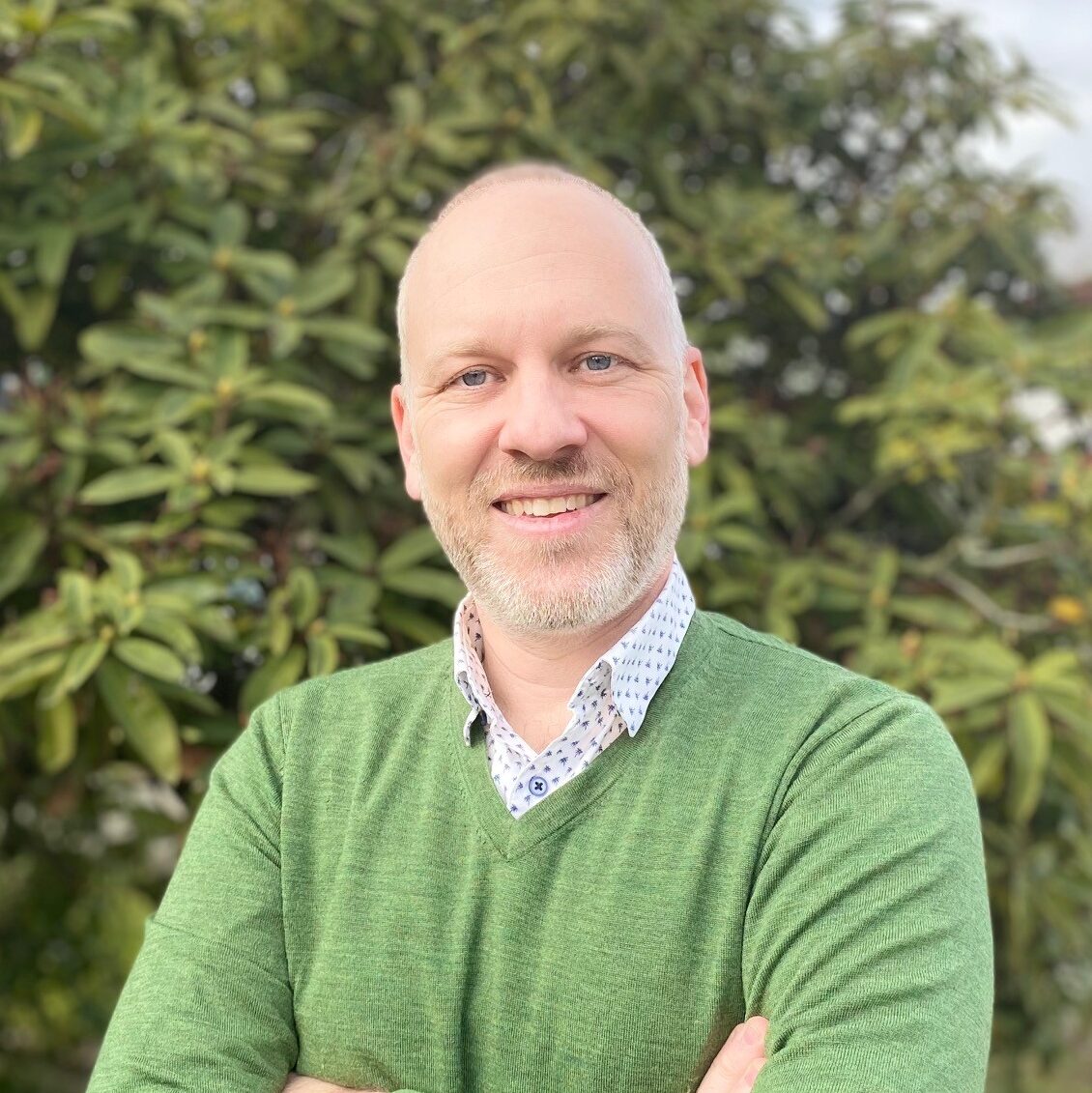 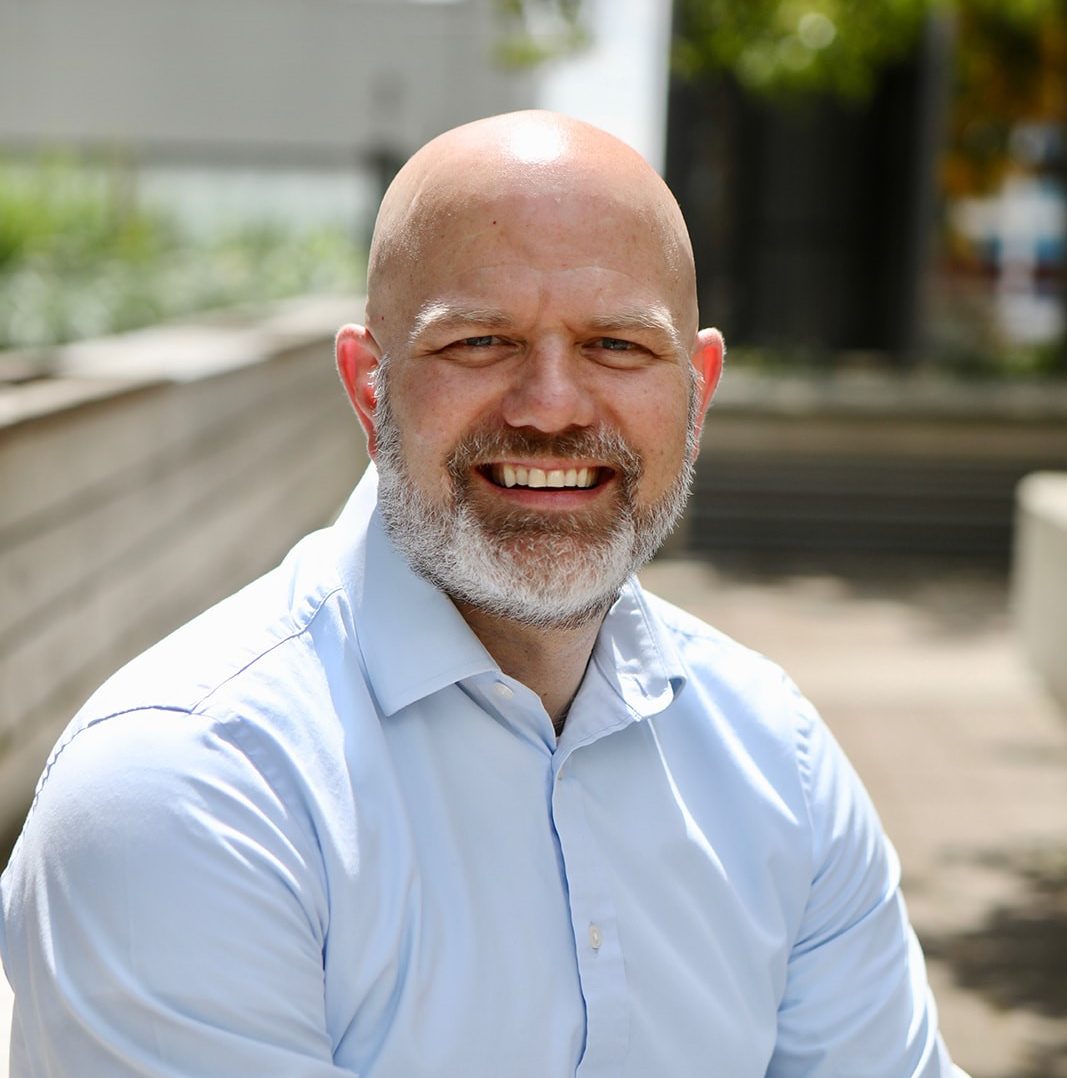 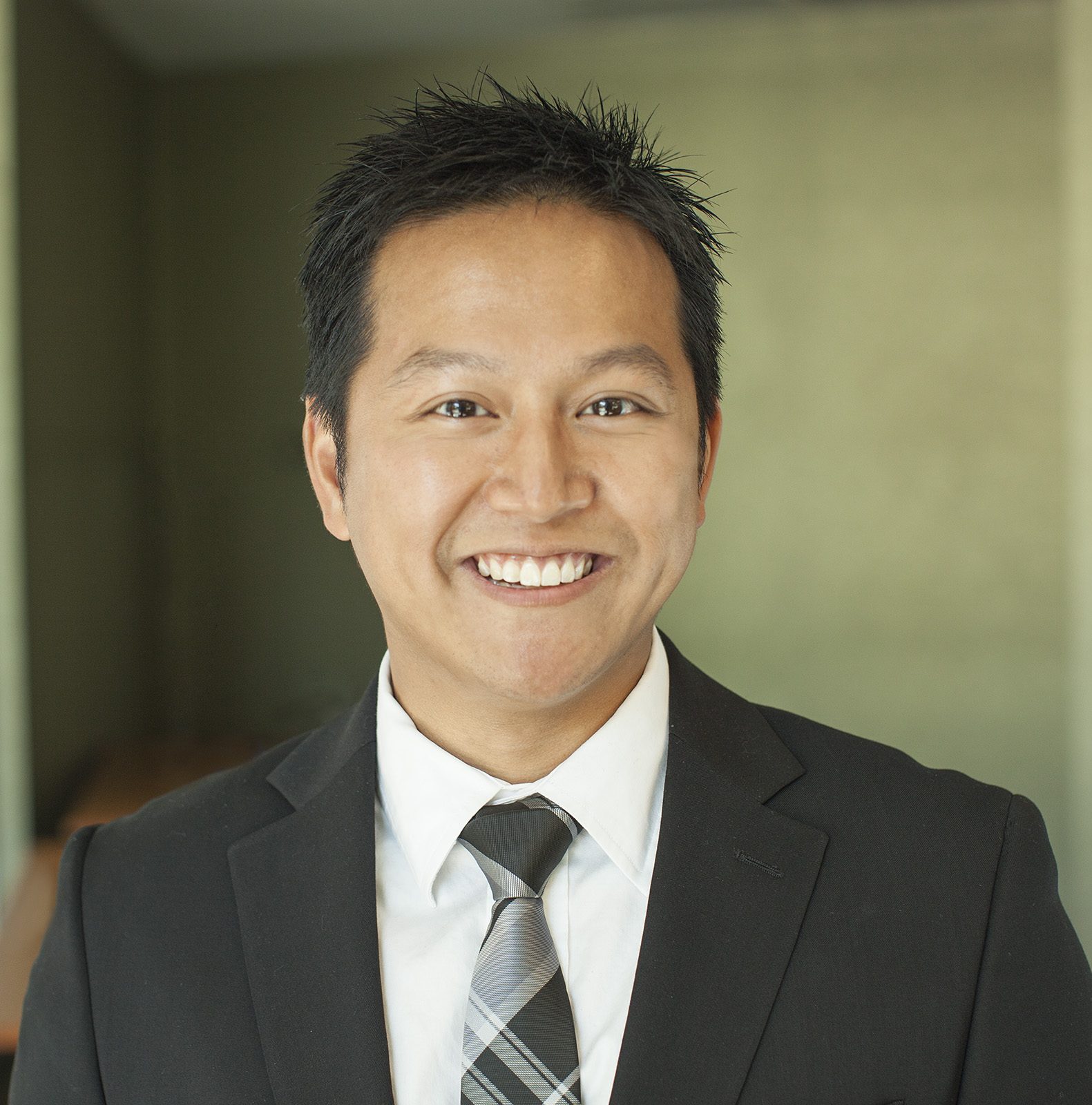 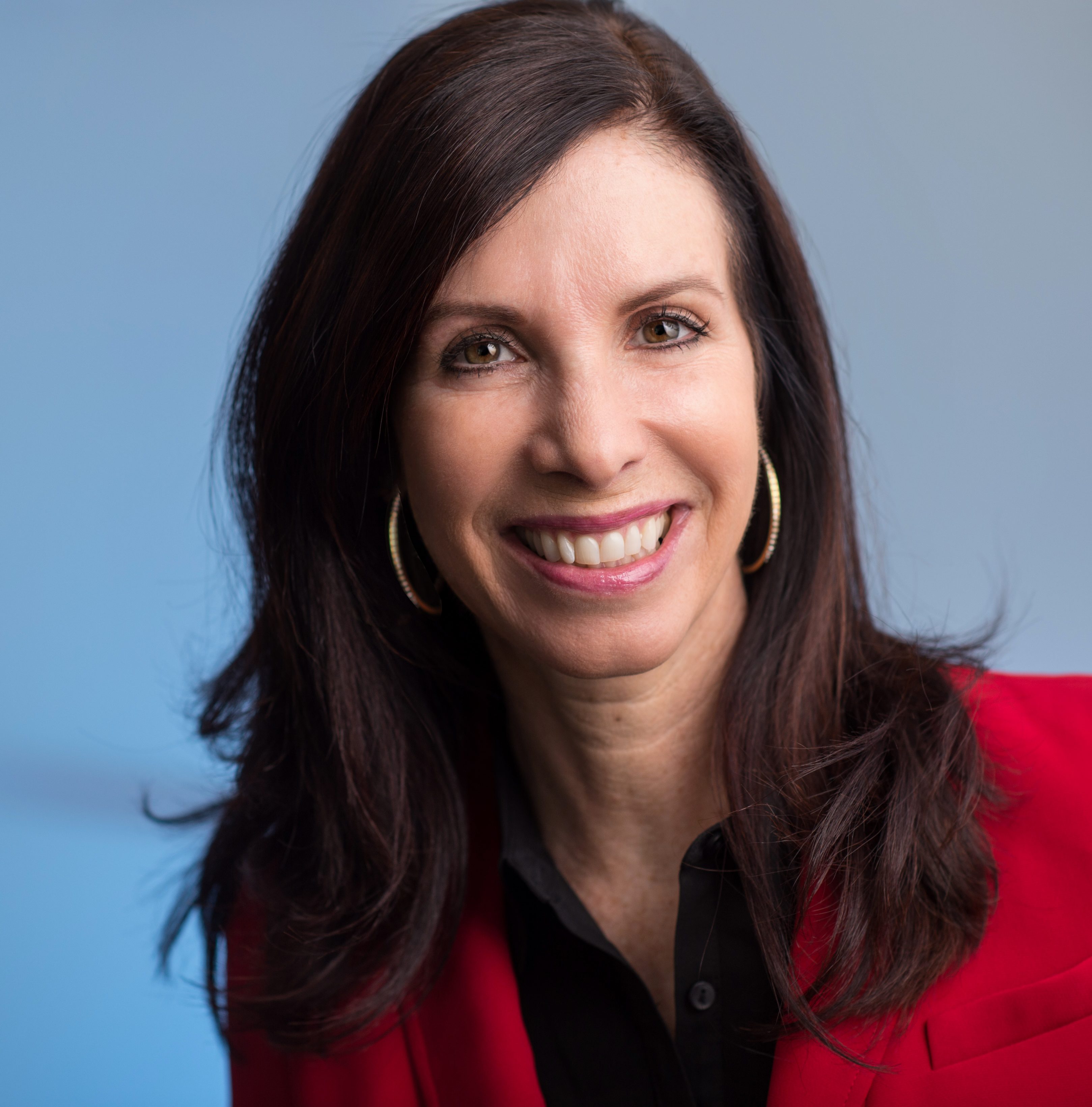 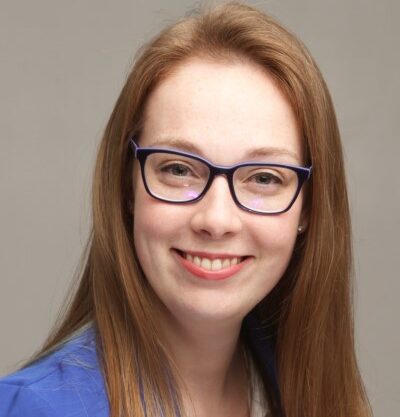 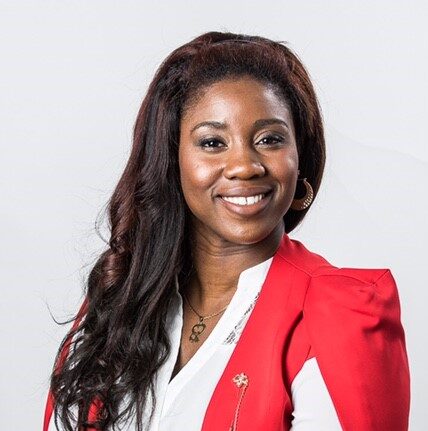 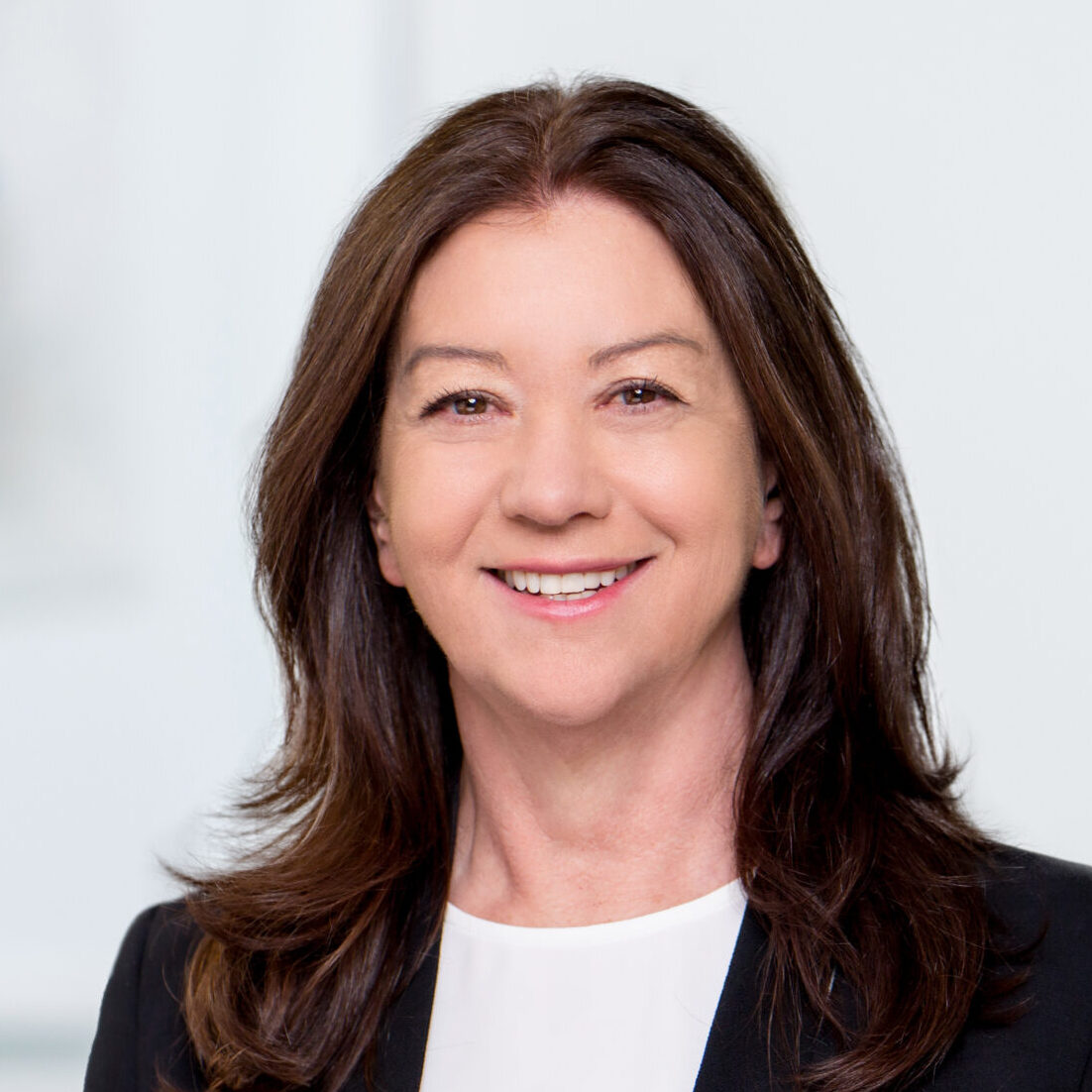 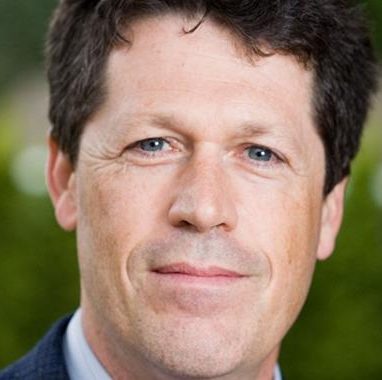 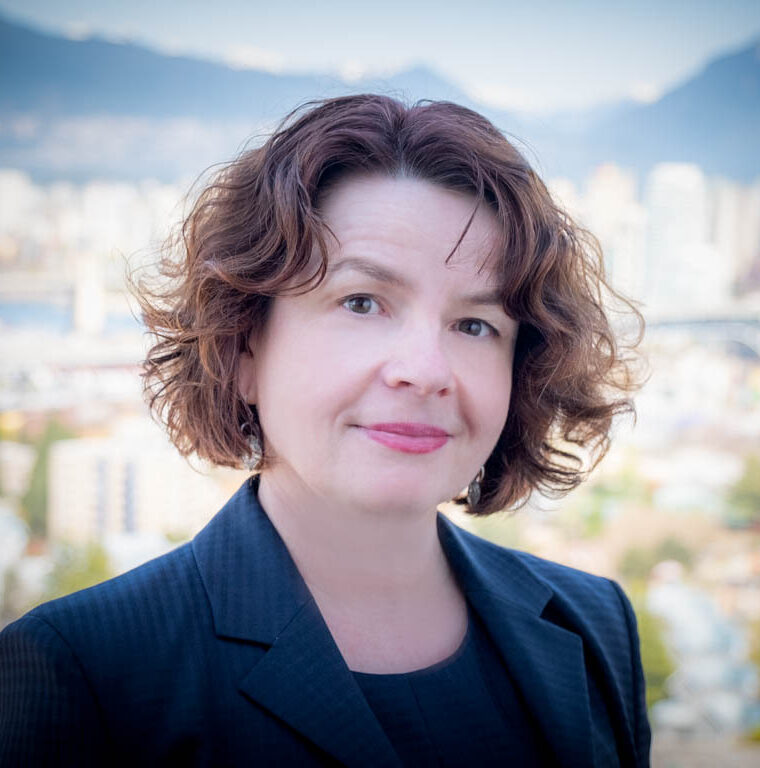 Cathy Daminato is recognized as an innovative, energetic and strategic executive with the ability to motivate and inspire extraordinary commitment and support in aid of health and education initiatives in Greater Vancouver. Over the past 28 years, Cathy has held leadership roles at Douglas College, BCIT, the Royal Columbian Hospital Foundation.

In 2003, she became the first Vice-President of Advancement and Alumni Engagement at Simon Fraser University, tripling the fundraising activity, building endowments and raising significant funds for key capital projects. Most recently under Cathy’s leadership SFU launched and successfully completed its largest fundraising effort to date, the $250 million Power and Engagement 50th Anniversary Campaign, raising $275 million. Cathy’s leadership ability, authenticity, strategic thinking, marketing acumen and communications skills have been critical to her success. As a volunteer she led the creation of a new fundraising management certificate program at BCIT, and served on various boards and committees of the Association of Fundraising Professionals nationally and internationally, including a term as Chair of the Association of Fundraising Professionals Vancouver Chapter. She has also been a board member of the Canadian Council for the Advancement of Education, the SFU University Trust, President of the SFU Foundation and Friends of SFU Foundation, and a member of BC Pets and Friends.

Cathy was awarded the AFT’s Giving Hearts Lifetime Achievement Award in November 2014 and was a finalist for a Woman of Distinction Award in the Non-profit and Public Service category in 2007.

Cathy holds a B.Sc. (Life Sciences with Honours) from Queen’s University, and MBA from the University of British Columbia and an ICD.D designation by the Institute of Corporate Directors in Toronto, Ontario.

A career financial services executive, Andrew brings a diverse background of health and human services experience, and a passion for public health to the board. Andrew has spent 15 years at WorkSafeBC, where he is currently Senior Director of Health Care Services, and is responsible for the effective delivery of healthcare to injured workers across British Columbia, as well as the development of innovative medical and mental health assessment and treatment programs to support injured workers in their recovery and return to work, life, and play. Andrew is passionate about physical and mental health and safety, both in the workplace and beyond.

Andrew’s education and credentials include a CPA (CMA) designation, executive studies at the Sauder School of Business, and an undergraduate degree from Dalhousie University. His other community involvement includes serving as Treasurer for his neighbourhood Little League, as well as previous board positions with the Canadian Kinesiology Alliance and British Columbia Kinesiology Association.

Andrew is a strong believer in the importance of public health, and is excited to contribute and learn from the BCCDC Foundation for Public Health’s board. Andrew lives in Vancouver with his wife and four children, where they enjoy hiking, skiing, cooking, and playing board games together.

Douglas Nelson is Managing Director of The Discovery Group, a philanthropy and governance consulting firm based in Vancouver, BC. The Discovery Group was founded out of his belief that organizations and their leaders can change the world. Doug understands the complexity of leading organizations and institutions and the challenges of aligning governance and philanthropic performance. Doug has been called a ‘fundraising phenom’ by the Vancouver Sun and ‘a true innovator for a sector that can do so much more.’

As a philanthropic sector executive, he has led organizations in both Canada and the United States to new heights, raising nearly $1 billion. His focus on the alignment of engaged governance and revenue sustainability has been recognized with awards for governance, culture, advocacy, and innovative granting.

Carmond joined the board on April 11, 2016, as a Director and Treasurer. He is currently Manager, Health Industries at PwC in Toronto, specializing in strategy, finance and accounting. Carmond obtained his Chartered Professional Accountant designation through PwC Vancouver, providing assurance advisory services for private and public companies in financial services, technology and life sciences sectors. Carmond has work experience in healthcare through Johnson & Johnson as a Financial Analyst and Providence Health Care as a Clinical Research Assistant & Laboratory Technician for the British Columbia Centre for Excellence in HIV/AIDS. His work within precision medicine diagnostics for HIV and HCV patients have been co-authored into several peer-reviewed journals.

Kelly is a partner in Human Capital Strategies, a consulting firm specializing in workforce development. She is a senior executive with over 20 years’ experience leading not-for-profit organizations.

Prior to HCS, Kelly founded and led the Immigrant Employment Council of BC as its CEO. IEC-BC is the provincial employer-facing organization that achieves the integration of skilled immigrant talent into the province’s workforce.

Kelly brings more than 20 years of experience in developing strategic initiatives to attract and integrate internationally trained talent in BC. She is a sought-after speaker, and a thought-leader and subject matter expert on immigration.

Prior to IEC-BC, Kelly was the Director of Employment and Language Programs at MOSAIC, one of the largest immigrant serving organizations in Western Canada.

Caryn is a Registered Nurse in the Intensive Care Unit at the Royal Jubilee Hospital in Victoria. She has experience working directly with patients who have been impacted the most by the COVID-19 pandemic and the toxic drug poisoning crisis. Caryn previously worked with the EQUIP group doing research on equity-focused interventions in healthcare, and continues to promote equitable care in the ICU. Caryn has also worked at University of British Columbia contributing to research that works to decrease incivility in the workplace for student nurses, and at UVic contributing to research around young families with infants and their relationships. Her previous experience in the non-profit sector at the local level has led her to look forward to contributing to public health at the provincial level through the BCCDC Foundation. She is interested in innovative approaches to longstanding issues, and recently collaborated with a group of students at UBC to write a children’s book addressing vaccine literacy.

Caryn completed her nursing education at UBC and completed her MSc at the University of Western Ontario. Caryn’s non-profit experiences include fundraising with the Canadian Cancer Society, program coordination with the Boys & Girls Club of London, and Vice President of the Board of Directors for the Pacific Animal Therapy Society.

Through planning, transformation management, design, and evaluation, Edoye has led initiatives and made impacts to improve the lives of young people, women, and seniors, as well as individuals living with both chronic and infectious diseases around the world. She was recognized for her efforts as a nominee for the YWCA Woman of Distinction Award (2018) and the Surrey Board of Trade Women in Business award (2021). Her professional interests include the social and political context of health as it pertains to women, immigrants, seniors, and Indigenous populations, as well as the use of technology and science (and compassion) to solve complex challenges in healthcare.

Edoye holds a Bachelor’s Degree in Communications and International Relations from Georgia State University, as well as Masters of Public Health and a Diploma in Applied Project Management, both from Simon Fraser University—where she now funds an entrance award. She is certified in both Project Management (PMP) and Change Management (CCMP).

Dr Jane Ingman Baker is a lawyer with the law firm of Singleton Reynolds in Vancouver. She has a diverse litigation practice with cases across the country. Her main areas of practice include professional negligence and insurance coverage litigation. In her law practice, Jane actively seeks out and employs alternative dispute resolution techniques and works to resolve conflicts efficiently and effectively. She has acted as a Fairness Advisor on several major construction projects. She taught Construction Law at UBC for several years.

Before she joined the legal profession, Jane trained as a Biochemist and concluded two post-doctoral fellowships at the University of British Columbia. Her main area of research was to study the role of proteins in the regulation of cellular activity. She was a member of Dr Julia Levy’s lab and then before leaving the bench worked with Dr Tony Paulson on the role of protein kinases in retrovirus infection. She has maintained her interest in basic science and has had the privilege of continuing to teach in the Faculty of Medicine until recently.

She was born and raised in London before emigrating to BC to undertake her doctoral work. She has had a keen interest in the impact that public health initiatives can have on the quality of everyday life for some time. She lives in Vancouver, is a Master Gardener and the proud mother of three young adult children.

Dr David Patrick is Director of Research and the medical epidemiology lead for antimicrobial resistance at the BCCDC and a professor in the UBC School of Population and Public Health.

Dr Patrick is an infectious disease specialist and epidemioligist with a career interest in responding to emerging infectious diseases. He has published on a range of topics included HIV epidemiology, impacts of immmunization on population health and vector-borne and zoonotic disease.

His current focus is on the broad effort to contain the threat of antimicrobial resistance in Canada and around the world. He is particularly interested in an understanding of the drivers of antibiotic utilization in the community and intervening to reduce unnecessary use. His projects include Do Bugs Need Drugs” and Antibioticwise. David joined the board as an advisor in January 2019.

Previously, Dr Gustafson was the Vice President, Public Health and Wellness for PHSA and led the integration of population and public health promotion, planning and prevention across PHSA’s clinical programs and supported the care continuum with a patient-centered approach. In addition, she provided leadership to the BC Centre for Disease Control. Her role also served as Deputy Provincial Health Officer, where she was responsible for the delegated functions of the BCCDC under the Public Health Act. Réka joined the Board as an advisor in February 2020.

Join us for updates on how you can Activate Health in your community!

By joining our email list you will receive our monthly newsletter and other updates.